Check the Events on our Home Page for details or changes to the regular schedule. The room and access links can be found there. For the academic year of 2021-2022, Advising is a hybrid of virtual and in-person during the same hours. Email the recruiter if you have questions.

Because of its long-established commitment to service and volunteerism, and continued interest in Peace Corps opportunities, UW-Madison employs a campus-based Peace Corps Recruiter who is responsible for providing advice and insight to those interested in the Peace Corps organization. 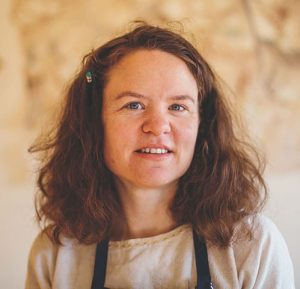 Hannah served as a Peace Corps Volunteer in the agriculture sector Ecuador from 2004-2006. After that, she worked as a farmer in southern Minnesota and in management at a food coop in Minneapolis. She earned an MFA in Design Studies from the School of Human Ecology at UW-Madison in 2017, and has been working as an independent artist and teacher. She is originally from central Kansas, and has a bachelor’s degree from the University of Kansas. 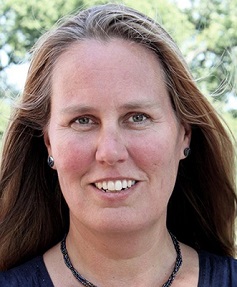 Maj Fischer, currently Director for External Relations in UW-Madison’s International Division, was a Peace Corps Volunteer (Education) in Poland.  She later worked for the agency as Associate Director for the Peace Corps in Fiji from 2003-2005, re-opening the program after its five-year hiatus.

After Fiji, she moved half way around the world to Copenhagen, Denmark, to work for The Danish Institute for Study Abroad (DIS) before returning to UW-Madison in 2010 where she started UW-Madison’s International Internship Program as well as coordinating the campus Peace Corps recruiting office. From 1996-2003, Maj served as Associate Director for UW-Madison’s International Academic Programs. She was also a Fulbright participant in Korea, a summer intern in Brussels, and spent a year in both Finland and Sweden as an exchange student. While she has lived around the world, Maj is a proud native of Wisconsin. She has an undergraduate degree (AB) from the University of Chicago and a Masters in Public Policy (MPP) focusing on International Development and Education Policy from Harvard’s Kennedy School of Government. Contact Maj (pronounced “my”) at maj.fischer@wisc.edu.

Thank you for visiting and considering service through Peace Corps!