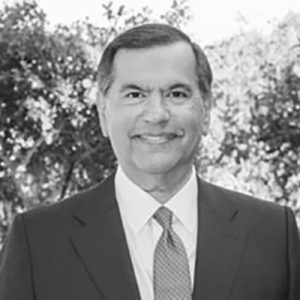 From 2002-2006, Ambassador Gaddi Vasquez served as Director of the Peace Corps with volunteers and staff serving in 78 countries.  He successfully led the establishment of the first Peace Corps program in Mexico and introduced the Peace Corps first program associated with the President’s Emergency Plan for AIDS Relief (PEPFAR) and Global AIDS Relief. Director Vasquez launched the Office of Peace Corps Volunteer Safety and Security which established new protocols and practices across the entire organization. During his tenure, the Peace Corps launched a strategic recruitment effort to create a more inclusive and diverse Peace Corps that could best represent the diversity of the United States.

In 2006, Vasquez was nominated and unanimously confirmed by the United States Senate as U.S. Ambassador and permanent representative to United Nations Agencies based in Rome, Italy. There he managed a U.S. multi-agency team responsible for oversight of U.N. Organizations which included the UN Food and Agriculture Organization (FAO), the World Food Programme (WFP), and the International Fund for Agricultural Development (IFAD.